It’s been a long year but the extensive improvements being made to the Toronto Blue Jays Spring Training Stadium in Dunedin, Florida are nearly complete.

Baseball Ross and I took a walk just a few blocks to see it. I also took some video that you can watch it here:

It I s worth noting, however, the player development complex at Englebert is significantly BEHIND schedule and is now looking to be completed in AUGUST. Therefore, as an active construction zone, there will be NO VISITOR ACCESS to the complex. Please do not go to the complex.

Living here in Dunedin, I’ve been keeping a watchful eye on the stadium as we anxiously await the beginning of renovations. Yesterday a dumpster was delivered near the Boxoffice, today when I drove by all the doors to the suites/press box were wide open and they looked emptied.

The funny thing was a truck pulled out of the lot full of what looked to be diamond dry or mound materials and a large box. It was manned by Jays staff and it looked like they were delivering supplies to Jack Russell Stadium only two miles away. 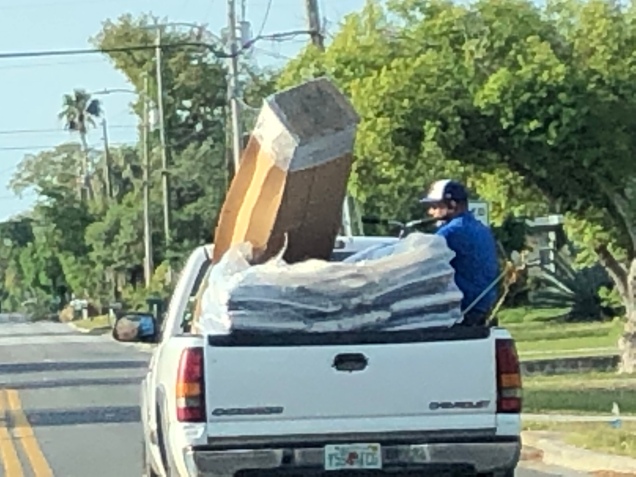 Rumor around town is there will be an official ground breaking for the renovations in the next week or two. I’ll update as soon as I get confirmation.

I’ve lived here in Dunedin, Florida, the spring training home of the Toronto Blue Jays for just over six years. I’ve been involved with a committee that works with the Jays as well as the City of Dunedin for over four years.

This week begins the first step to the “end of the road” on the project that has encompassed keeping the Toronto Blue Jays here in Dunedin as well as finding a way to build them a complex that would make them happy. Sometime in the next week or so, shovels will hit the ground at the training complex on Solon. Due to the impending construction, the Bobby Mattick Training complex is closed to the public for both major league and minor league spring training. Visitors to the area may be able to watch some training at the downtown stadium on days where the team is away and the Jays store is open-Monday through Friday 10-3 and Saturday 10-2.

Both the training complex as well as the stadium are following an aggressive construction schedule and are expected to be open for the 2020 season. (Barring delays for weather and/or hurricanes. Pray for a calm hurricane season.)

For those who are fans of the Dunedin Blue Jays, the Jays’ Florida State League Team, it is expected that they will be playing this summer in the former Phillies’ home, Jack Russell Stadium. Details on this should be finalized in the next week or so.

Below I am linking to articles that will show the plans for the stadium and complex as well as some of the articles I’ve done over the years dealing with trying to get the Jays to stay as well as the process of getting the finances in order:

2018 Article Outlining Finalizing the Financing for the Stadium Renovations