Odubel Herrera is taking a couple hacks this afternoon. He struck out in his first st bat, but seems in good spirits.

Many times in minor league spring games, rehabbing major leaguers will bat at the top of every inning until they get their work done.

I was making my rounds today and was watching the infielders practice running the bases. First time, I took video, second, stills.

It was during the second time around the bases when I noticed Odubel Herrera pull up short and tender as he came into third. I have that still picture below: 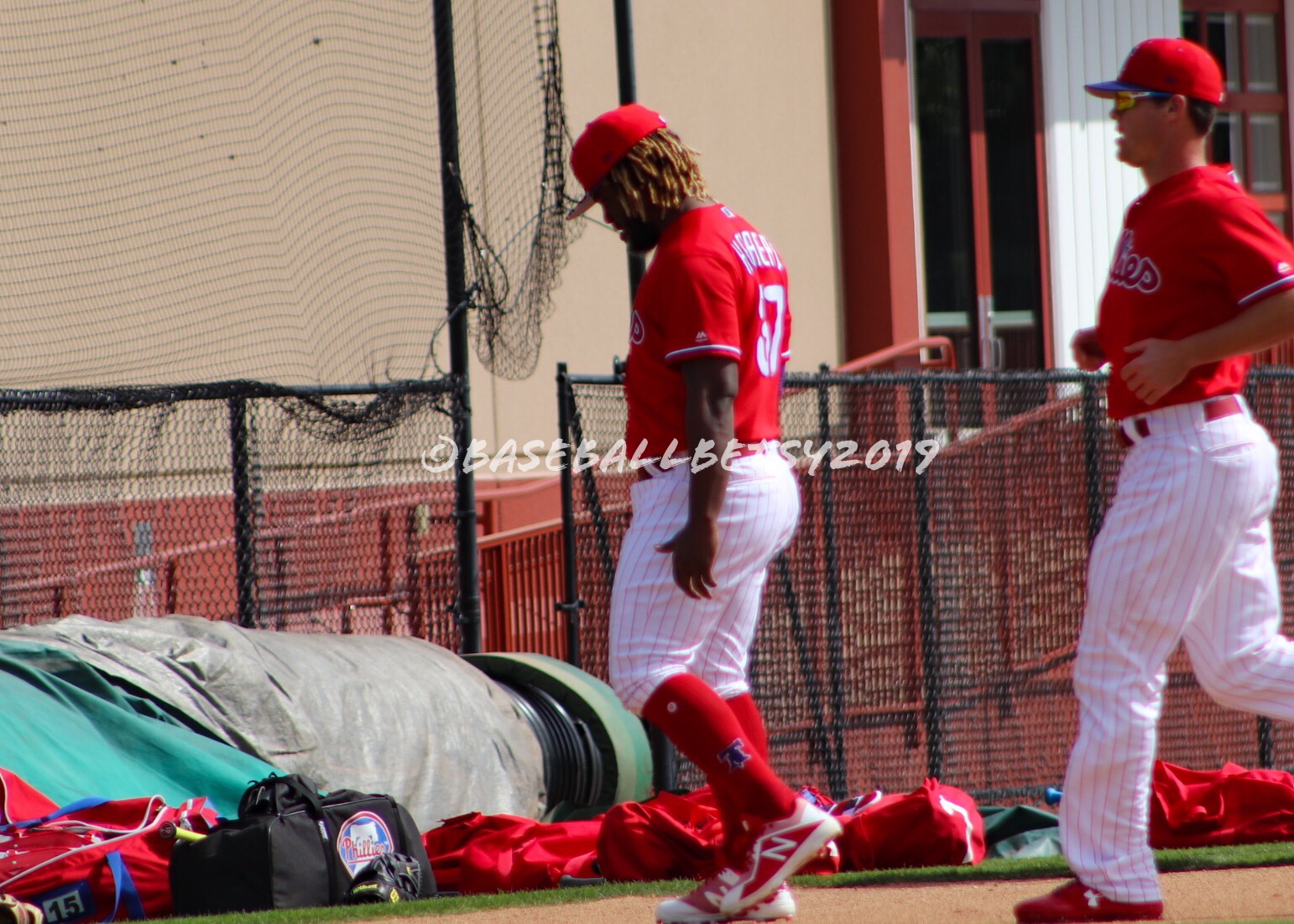 He walked around gingerly for a moment but as I focused in on the others who were running home, I realized he hadn’t continued on and “disappeared.”

During the afternoon presser, Kapler referred to it as a “slight left hamstring strain”. Herrera had reportedly been bothered by it earlier and and had an MRI that showed no damage.

With the injury, this could leave an opening for either Roman Quinn or Mickey Moniak as Moniak was added to the 40 man roster this season. Moniak has been hitting well as camp opened.

Today was the first day that the entire major league team was due to report. Things are quite different under the Kapler regime are very different. Whereas they had previously started at 9 and went to about noon, now it starts “around” 11 and goes after 2.

I was able to catch most of the big names as well: