If you’ve been reading my blog, you’ll have noticed my new obsession, the knuckleball.

Today, I got to see the Phillies’ own (extended spring training anyway) Chris Nichols throw his knuckleball. From the rumors I’ve heard, he’s only been doing it for a few months.

The last time I saw Nichols throw his knuckleball, I had missed most of his inning, and had only seen a few pitches, not enough to make a judgement. Today, I got to see his entire inning.

Here’s some video, you can see when the knuckleball works (and doesn’t)

While Nichols’ grip is similar to Frank Viola III’s (he’s the pitcher it profiled earlier), his delivery is just slightly different:

In this next sequence, you can see the positions in order: 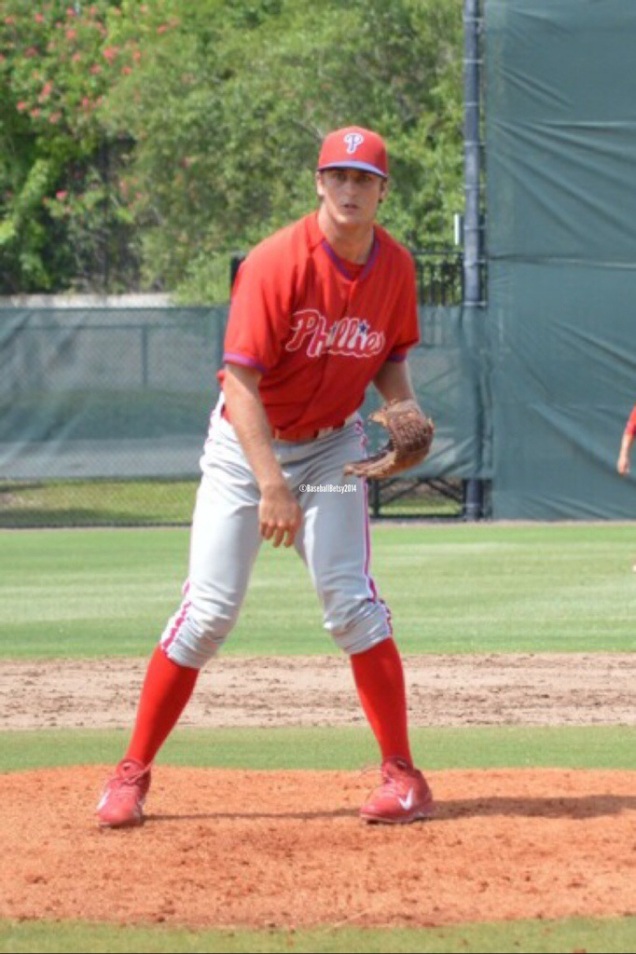 A few of his knuckleballs really moved well. He seems to be progressing with it. It will be interesting to see how it plays out, where he ends up and when.

I know I’ll be watching.

Every once in a while you meet a guy, someone out of the ordinary who grabs your attention, this spring, for me, it’s Frank Viola III.

Viola, who turns 30 this year was something of a journeyman, playing with several teams and being affected by Tommy John surgery and a knee injury. By 2007, he was out of baseball.

In 2012, Viola started working with R.A. Dickey, Tim Wakefield and Phil Niekro on developing a knuckleball. In March, he was signed by the Toronto Blue Jays, which is where I first encountered him.

I was walking around the Englebert Complex taking pictures (as I always do) and stopped to watch one of the games. I was sitting on the bleachers when one of the Jays, asked about my camera. I was using my wifi adapter to wirelessly send pictures from my Nikon to my iPhone so that I could photoshop them and upload them to my blog.

We got into a conversation about technology and how I’m a self-proclaimed nerd. He replied, “that’s ok, so am I.”

We chatted for a while and when done he introduced himself just as “Frank”.

For a while, that was all I knew except that he was good friends with R.A Dickey. After some research, I found out who he was and was intrigued by his attempt at a comeback as a knuckleball pitcher.

Unfortunately, even with the Extended Spring Training Phillies and Blue Jays playing each other every week, I never managed to catch him pitching…until today.

Baseball Ross always says his favorite thing about baseball is that every day you will see something you’ve never seen before. Today, I finally got my chance.

I was fascinated. Knuckleballers are rather rare and Viola throws his from a 3/4 arm slot. It was something I’ve never seen and I was just amazed. 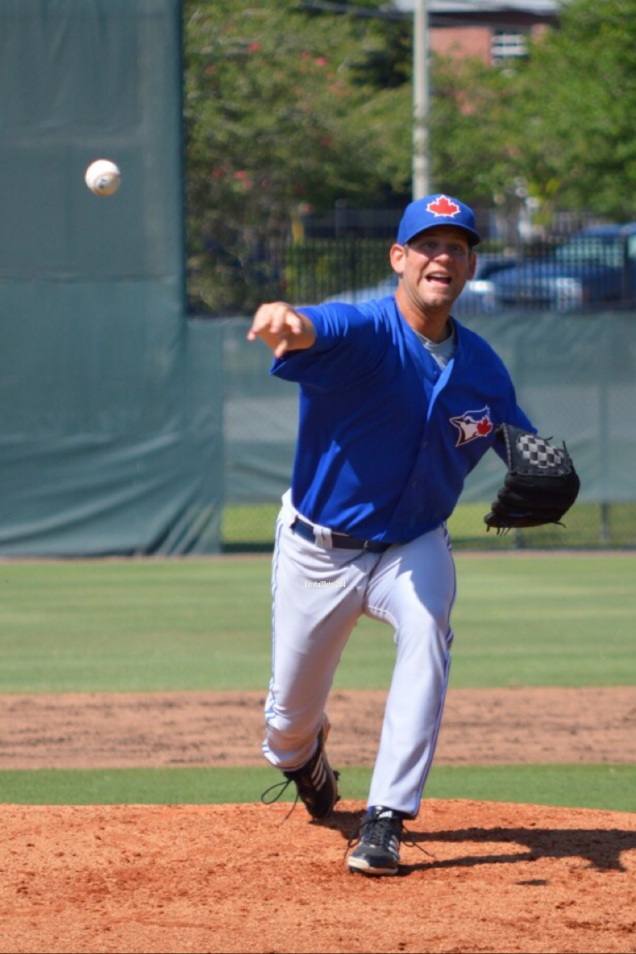 I even took some video:
Click Here to See

So that was my morning. I thoroughly enjoyed watching the game, sitting in the sun and seeing something new.

Baseball is the life and a good one.

I was rather shocked when I read the transactions list this evening to see that Threshers catcher Chad Carman was released.

He is a solid defensive catcher who wasn’t given a chance to play in a regular rotation, though he did catch for one of Cole Hamels’ rehab appearances in Clearwater. That’s him in the picture at the top of the page.

I got to know Chad or “Charmin Carman” by his Twitter handle, last summer when he was here on rehab from the Blue Claws after breaking his thumb. He’s a sweet guy who worked hard and always took time with fans young and old.

Because he was so friendly, or “Charmin” he quickly became a favorite of Threshers fans. I hope he knows we’ll miss him. I know I’ll remain a fan no matter where he ends up.

One would suspect that he was released to make room for Andrew Knapp who’s also a catcher, however he’s returning from an injury and so far, we have not seen him catch in extended spring training. He’s been the DH, but not catcher.

Another roster move was Threshers outfielder Justin Parr, who was sent to extended spring training. He’s had a tough time at the plate this year but I’ve respected his hustle and effort.

The extended spring was released today. I have posted it here for you:
Page 1