I really enjoyed the story from our local news today, the Women’s Sports Hall of Fame is coming to Sarasota! The highlight is members of the All American Girls Professional Baseball League singing the theme song of the league.

﻿
If you’ve been reading my blog for any length of time, you’ll know how much I love AAGPBL. Recently, I wrote how the AAGPBL museum is moving from California to just across the street from historic Beyer Field where the Rockford Peaches once played in Rockford, Illinois. You can read that article HERE.


Over the years, I’ve gotten to meet many of the girls and even donned a Peaches costume for Halloween you can read at about me meeting several players and the costumes HERE.

So when I saw THIS ARTICLE about the Women’s Sports Hall of Fame and several of the former players singing, I couldn’t be more excited!  I will donate to the cause, however, I won’t be able to shell out several hundred dollars for tickets to the dinner to meet the girls. *cue sad trombone*

That being said, when the museum finally opens, I’ll be at the front of the line, with my money in hand to see some memorabilia of my heroes, the girls of the All American Girls Professional Baseball League!

If you’ve been reading my blog for a while, you’ll know that while I am a Phillies fan, I have a big spot in my heart for the Toronto Blue Jays. When I moved to Florida, our new house was only three blocks from Florida Auto Exchange Stadium where the Jays play. 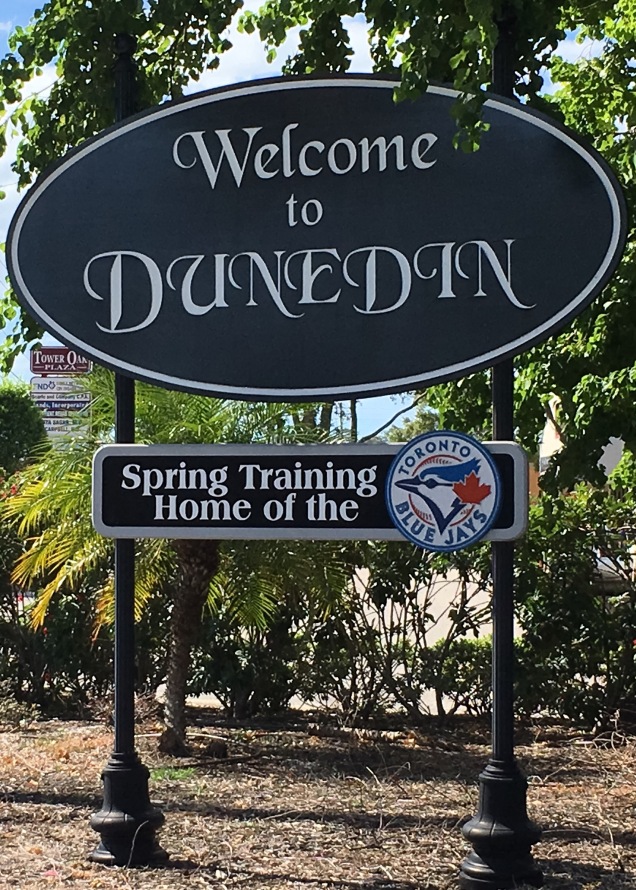 After settling in I was appointed by the mayor of Dunedin to the Dunedin Stadium Advisory Committee, a group of volunteer residents of Dunedin who work with the Jays and the City.

It’s been a project close to my heart, 4 years of work. (You can see my posts on the city council meeting HERE and HERE.)

Today, the Tampa Bay Times had an article of how well received the $81 million plan was received. The text of the article is below:

DUNEDIN — Nearly 150 people attended the city’s recent open house about the proposed $81 million project to upgrade the facilities used by the Toronto Blue Jays. During the Sept. 27 event — the first time the community was able to get a close look at the plans — attendees were encouraged to fill out comment cards.

Overall, the response was positive. Ninety-six percent of the 73 people who filled out a card answered yes when asked if they like the overall concept.
When it came to architectural style options for the planned renovations to Florida Auto Exchange Stadium, commenters could choose between a Key West theme, a retro theme and a Mediterranean theme. Forty-seven percent voted for Key West, 40 percent for retro, and 13 percent for Mediterranean.
Suggestions, some of which are already part of the proposed plans, included a tiki car, berm viewing, a kid zone, group viewing areas, more and healthier food options, ways to keep cool and cup holders in seats. Some concerns were parking, noise levels, where the team will play during construction and shade.
Blue Jays project a hit with Dunedin residents 10/13/16 [Last modified: Thursday, October 13, 2016 11:53am]

You can read the article complete with pictures HERE.

I voted for the Key West Style, it fits with the surrounding neighborhood and screams “you’re in Florida”.

Tuesday, the Dunedin City Council UNANIMOUSLY approved the applications to the county and state for their portion of the money needed for the project!

It’s the second step in a long journey, but it IS A STEP FORWARD.